There is a lot to learn when you’re a new chess player. Learning how to make smart moves is only one aspect of the game. You also have to get a handle on some of the more unusual rules of the game. We’ve taught chess to players of all ages and we’ve found there are a few things that cause almost all beginner chess players to stumble. Here are three of the most common and easily avoided beginner chess mistakes – and some memory tips that will help you never make them again. Board setup can be difficult for new chess players, especially when the board doesn’t include algebraic notation (the numbers and letters along the side). Most students learn the basics fairly easily but have trouble with the correct orientation of the board and the position of the kings and queens. Here are two quick tips for remembering how things go:

White on the right – When players are seated across from each other, each should have a white square to their far right on the rank (i.e., row) closest to them. For boards that don’t use standard colors, you can think of this as “light on the right”.

Castling is understandably difficult for new players. There are a lot of rules about when and how it can be done. One thing new players often have a hard time remembering is where the king and rook are supposed to end up; it’s different depending on whether you’re castling king-side or queen-side. But a simple rule to keep it straight is that the king always moves two spaces and the rook jumps over the king to stand right beside it.

Pawn movement can often throw new players for a loop. Pawns can sometimes move one space and sometimes two. They don’t move backwards and they can be promoted to other pieces. And don’t even get us started on en passant.

One critical piece of pawn movement that can be confusing is capturing. Pawns only capture diagonally forward. Two ways we’ve used to help students remember this are:

So take a few minutes and commit these memory tips to, well…memory, for either you or your students. Anything that makes it easier to remember the basic rules of chess will help new players feel more confident and allow them to focus on making smart moves when they play. And avoiding these beginner chess mistakes will help new players get off on the right foot every game.

Just getting started with chess? Check out our selection of great combo chess sets and chess clocks. 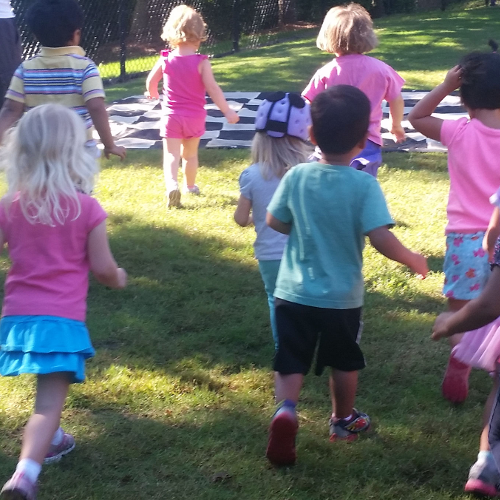 Children of all ages can learn to play chess when they are taught in an age appropriate way. When we started the Smart Moves program people were often skeptical that preschoolers, including children as young Read more…